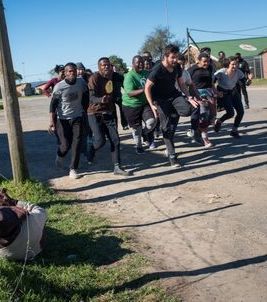 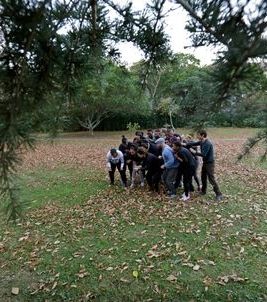 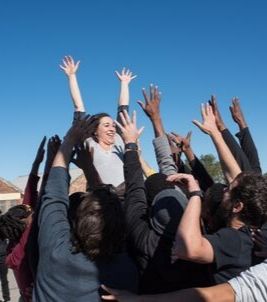 Well Worn Theatre Company is an established physical theatre company that creates original, devised productions in response to ecological and social justice themes. Founded in Johannesburg in 2008 by Kyla Davis, Well Worn places a strong emphasis on ensemble and process-driven theatre-making, as seen in our most recent offering, Swarm Theory on the National Arts Festival Main Programme in 2019. Other notable productions directed by Davis, include Planet B (2011), The Baobab (2015), Plastocracy (2017) and Burning Rebellion (2019). Well Worn is also known for its street theatre performances, having created, alongside Dark Laugh Theatre, a sprawling family of large-headed masks The Lost Couple, The Grannies, The Gods that have appeared, guerrilla-style at festivals and parades around the country.

Kyla Davis is a director, producer, performer, theatre-maker and activist. She is the founder and director of Well Worn Theatre Company, She likes, more than anything, to play in the streets with other troublemakers.

Daniel Buckland is an actor, director, teacher and theatre-maker who has worked professionally both locally and internationally for over ten years. He spent two years performing as a clown all over the world in Cirque du Soleil's Saltimbanco. His other notable theatre credits include Cirque du Soleil's Love, FTH:K's Wombtide, Sylvaine Strike's The Travellers and James Ncgobo's Master Harold and the boys.