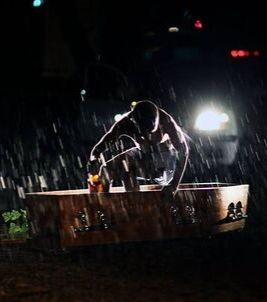 Habashwe! / Let them die! / Anything goes!

Using dance to explore the currency of language, Mthuthuzeli Zimba’s work interrogates the moral and ethical principles of the burial tribute. It is also a protest against the conventions that dictate burials, which the work breaks by being performed in an urban, metropolitan space. Reflecting on the celebratory township notion of tribute, it uses multifaceted and coded street languages to ask what is deemed morally justifiable. Habashwe! speaks to the reimagining and reclamation of spaces – both physical and ceremonial.