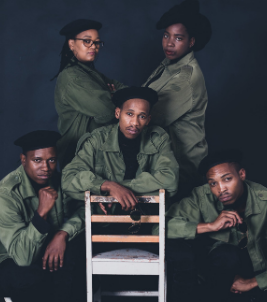 By: Soundz of the South

Zabalaza centres on a simple part of Cape Town life: the daily commute to work. It’s something many of us have the privilege not to worry about, other than gripes about sitting in traffic while in our air-conditioned, almost-luxury cars. This is in stark contrast with the experience of the people of Khayelitsha, who are far removed from their places of work in suburbs like Newlands and the Cape Town CBD after decades of race-based spatial planning. Using simple footage of Khayelitsha residents trying to make their way to work, Zabalaza captures how truly gruelling the daily commute can be for Cape Town’s working class – and just how out of touch their places of work are when compared with their own homes.

Filmed, Edited and Directed by Jenna Bass w/Soundz of the South