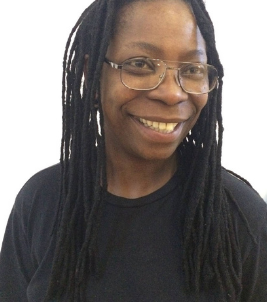 Born and educated in Durban, Kwa Zulu Natal, Sbonakaliso is an award-winning dancer and choreographer.  She trained at Jazzart Dance Theatre in Cape Town under the direction of Alfred Hinkel. She has danced and choreographed for a wide range of South African and international dance companies. During 2000-2007 she co-founded and was the Artistic Director of PHENDUKA Dance Theatre in Durban, returning to Jazzart Dance theatre as a dance teacher and choreographer from 2007 -2010. Relocating to Johannesburg, she taught at Moving into Dance until 2014 when she moved back to Cape Town.  She has taught and choreographed widely as a freelance artist and is recognised as one of the leading contemporary African choreographers. In February 2014, Ndaba started a training program with unemployed youth from Khayelitsha for post matriculants from Chris Hani Arts and Culture Focus School who studied dance as their subject. In 2015, Ndaba together with Jennifer van Papendorp, Balu Nivison and Dr. Mamphela Ramphele, formalized the training programme through the establishment of the non-profit organization Indoni Dance Arts and Leadership Academy.