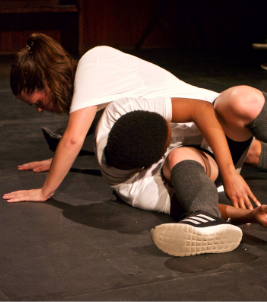 By: Grouping and Ungrouping Forever

forgot/only consists of 7 sections comprising improvised and choreographed vignettes that layer multiple elements including movement, fight, spoken word, singing and recorded sound, screened as a public object installation, Dealing with themes of loneliness, the abstraction of humanness and the endlessness of reaching for something just out of grasp, this presentation of forgot/only tries to blend public and private space in a time of increased isolation. The home is a staged façade in a city less vibrant than it was before.