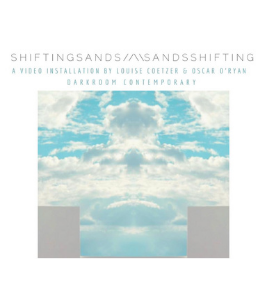 s h i f t i n g s a n d s //\\ s a n d s h i f t i n g is a video work drawing connection points between our frequently changing realities, the grasping for ritual in a search for familiarity, and a mirroring of time creeping onwards during this current collective moment of pause.  Though it may seem that life as we know it has paused, time has not stopped. The tension between a need for the familiarity of routine against a slow moving suspended reality underlines the pace of the work. Extensive mirroring is used to illustrate two parallel realities, using dance and  film as language. Within each world, a different set of characters grapple to maintain a grasp on reality, their deliberate & repetitive actions an attempt at hanging on to normality against a constantly shifting landscape.