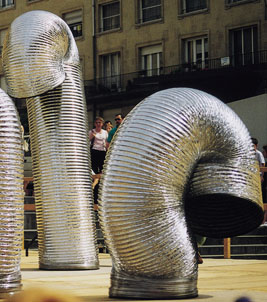 Bedlam Oz is a world-theatre company that animates spaces with style, elegance and grace. Since relocating to the United Kingdom from Australia in 1996, Bedlam Oz has performed in over 40 countries on 5 continents, transcending international language barriers with their physical-visual theatre.

Highlights include performances at the Glastonbury Festival and on the grounds of Buckingham Palace for the Queen’s Diamond Jubilee, the Fête de la Chassepierre in Belgium, festivals in Taiwan, Thailand, South Korea and Japan.