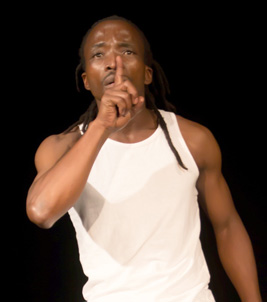 Andile has taught and led workshops in different schools and colleges in the Western Cape and KZN, and has collaborated with a wide range of artists. He has also facilitated workshops at schools and universities in the USA. He is one of the founding members of the Mixibility Network, and is a co-founder and Artistic Director of the Un-mute Dance Company.