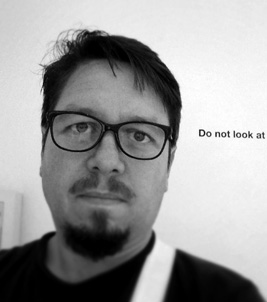 Brent Meistre is a photographer, filmmaker and curator who works across a range of media including sound and stop-frame animation.  He was the winner of the first Nelson Mandela Metropolitan Museum’s Biennale exhibition and has participated in numerous international exhibitions including the Bamako Photo Biennale in Mali; the International Black Film Festival in Montreal, Canada; and Kunstvlaai: Festival of Independents in Amsterdam, the Netherlands. In 2013 he presented two exhibitions at the National Arts Festival: Sojourn and Across My Fathers Fault.

His latest project Analogue Eye - Video Art Africa, Mobile Drive-in & Pop-up Cinema was launched as part of the main programme at the National Arts Festival in 2014, and will be featured at the Weiner Festwochen in Austria in 2015. He is currently a senior lecturer and sectional head of photography at the Rhodes University Fine Art Department, Grahamstown.