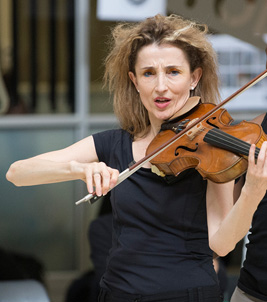 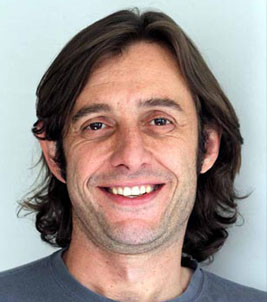 Swiss-born multi-media artist Charlotte Hug is known for her innovative musical-visual solo performances for voice and viola, and her interdisciplinary work with sound-drawings – “Son-Icons” – which have garnered international acclaim. Having completed her studies in fine arts and music, she received various artist-in-residence awards in London, Paris and Berlin, and was “artiste étoile” at the Lucerne Festival 2011. Alongside her activities in international exhibitions, she is a concert performer, soloist, composer and conductor of her own works at major festivals in Europe, North America, Latin America and Canada.

PJ Sabbagha is a South African choreographer whose name has become synonymous with issue-based dance theatre and more specifically HIV-and AIDS-focused art. He was the recipient of the 2005 Standard Bank Young Artist Award for Dance, and has participated in artists’ residencies in Russia, Mexico, the Netherlands, Tanzania, Mali, Mozambique and Taiwan.