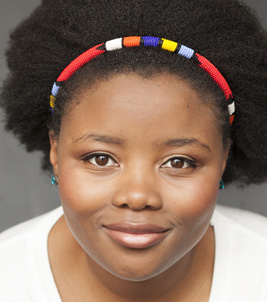 Cindy Mkaza-Siboto obtained a BA Degree in Theatre and Performance from the University of Cape Town in 2006. She specialises in the areas of physical theatre, storytelling, acting and puppetry. Cindy has participated in previous Infecting The City Festivals as a performer, facilitator and producer (under UNIMA SA). In 2009, she co-created a one-woman theatre production for ITC, Inkosazana, with director Leila Anderson. Inkosazana was also performed at the Edinburgh Fringe Festival (2009), Theatre Arts Admin Season of Performances (2009) and at the Out the Box Festival (2010).